How to Protect Your Home Against Mould

Mould is a fungi that grows quickly in areas of moisture. Those living in warm, humid climates and in older homes are the most at risk, but certain varieties of mould have the tenacity to perpetuate even in dry, cool environments.  Increased flooding due to climate change leads to intense fungal overgrowth, “which can mean health effects that will bear out over years and lifetimes”. This has been demonstrated in the aftermath of multiple natural disasters: Hurricane Sandy created mould overgrowth in Brooklyn, Hurricane Katrina in New Orleans, and most recently, Hurricane Harvey in Houston. Lastly, the flooding in Calgary in 2013 resulted in significant health concerns over mould growth and development. However, keep in mind that mould doesn’t just occur during a natural disaster – if you live in British Columbia or Canada’s eastern provinces, exposure to the Pacific and Atlantic Oceans respectively will increase the chance of mould growth in your home through greater moisture in the air.

A study performed by the World Health Organization notes that mould correlates to allergies, asthma, respiratory symptoms, and increases the chance of getting certain rare lung and sinus related diseases. Not only does mould decrease your quality of life, it can cause damage to your home, with removal costs in North America ranging from $650 – $7,500 CAD. Furthermore, it is often difficult to determine the scope of the growth until work to remove is underway, thus creating the possibility of a much larger fee than originally estimated. If mould isn’t caught until after it has had significant time to grow, rot can develop within your home, compromising its durability even after the mould is removed.

The best way to keep your costs to a minimum, and to avoid any risks to your health is to focus on mould prevention. There are a number of ways to minimize your risk of mould, even if you live in a humid climate:

While not a method of prevention, it is also important to consider if your insurance policy covers mould damage, and to what extent. 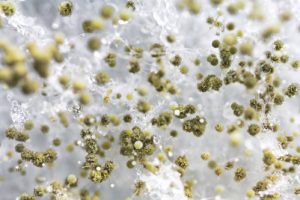 The first step in mould removal is identification, and there are a number of ways to discover mould. Common areas to check for mould include your plumbing and ventilation channels in your home, any areas in your home that are often damp (i.e. kitchen, bathroom), fabrics/carpets, and don’t forget your AC and heating units.

In some of these areas, it may be useful to have a professional come in and inspect your home, as it can be difficult to access certain spaces. While there is an initial cost for the inspection, it will usually be less than the cost to remove the mould and repair your home.

Once discovered, it is best to book a full assessment to get a sense of the scope of the mould, and then arrange the mould removal as soon as possible to prevent further damage to your health and your home.